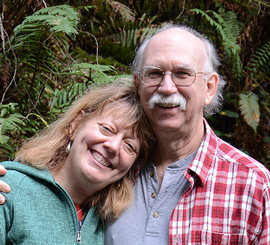 George Touchstone is a senior software engineer, photographer, and old-time fiddle player. A graduate of MIT, George has been on the software development team for many interesting projects including scientific applications, data collection, publishing, page design, music games, and high level music applications.

In the 1990s, he lead a group at Eastman Kodak that developed Photo CD and provided a package of software routines to provide programmers access to the images of the Photo CD. Later, he was the Chief Technical Officer for Pilgrim New Media, an early publisher of multimedia tiles for Macintosh and Windows. He was a partner in Magic Mouse Software, a company that developed Adventures in Musicland, a set of software games designed around musical challenges.

In recent years, George has operated his own software business called Sacramento Software Works, offering developer and consultant services to a variety of clients. George has been the lead programmer for TimeWarp’s Classroom Maestro and Internet MIDI programs and was responsible for the port of Home Concert Xtreme to the iPad.

A long time resident of Cambridge, Massachusetts, George lives with his wife, Denise Benoit, and is known around town as an old-time fiddle player in a group called the Butter Hounds.